If you are a professional working tenant and are looking to rent a property then please register your details and requirements with us online and one of our lettings negotiator will contact you to book an appointment.

We provide a professional service to all of our tenants.

We do not charge any reference or admin fee.

We ensure that the properties are quarterly inspected to ensure health and safety requirements are met.

We encourage our tenants to change supplier of their choice to have a cheaper tariff.
Furniture in our properties complies with fire regulations.

We provide out of hours (emergency only) service.

We offer free help and advice on common issues like prevention from damp and mould, ventilation issues, Electrical and gas safety, security alarms and neighbourhood watch.

We aim to resolve all urgent repairs within few hours like broken down boiler & water leak.
All non-urgent repairs are conducted in allocated time frame.

We strive to make all transections transparent and we try to make your stay in our properties as comfortable as possible.

How to stay safe in your new home

Can you smell gas?

Ignite a naked flame such as a match or cigarette lighter

DO
Be extra aware of sockets when small children are present.
Get professional help when repairing or wiring electrical goods
Only wire plugs in the appropriate manner
Switch off appliances when not in use, or when you go to bed.
Replace and throw away any cracked or damaged plugs immediately

DO NOT
Touch any plugs, switches or appliances with wet hands. Make sure they are dry.
Keep liquids close to electrical appliances and sockets
Overload sockets with adaptors
Let kitchen appliance wires get close to the main parts of a cooker
Run appliances from any light fittings.

In the event of fire make sure you adhere to the following procedure:
Keep calm
Evacuate the area immediately
Close all the doors properly as you leave
Leave the property as safely and quickly as possible
USE THE STAIRS – Do not use lifts in a fire as they are extremely dangerous
Raise the alarm – let your neighbours know that there is a fire in the vicinity Call 999 and ask for the Fire Brigade. Follow the operator’s instructions and do not hang up before they have confirmed your address.

The only lasting way of avoiding severe mould is to eliminate dampness.
Condensation causes damp which will then lead to mould. An effective combination of adequate ventilation and heating is the best prevention of condensation.

Condensation, damp and mould
Condensation could lead to serious black mould growth in your rented property there are some steps that you can take to try and resolve the problem yourself before you complain.

In the first instance you should try to make sure that the house is properly heated and insulated. You should also use any mechanical ventilation and extract as much water vapour as possible yourself and also contact the landlord or managing agent to give them a chance to remedy the problem.

For example they may need to repair the mechanical extractor fans or improve the insulation.

How to combat condensation, damp and mould
Condensation can often be controlled with a few changes to your living style for example changes to the way you heat your home and more extraction.

This information sheet explains how condensation forms and how you can keep it to a minimum. This will in turn reduce the risk of dampness and mould growth in your home.

What is condensation?
Condensation occurs when warm moist air hits a cold surface. This warm moist air condenses on cool surfaces such as walls, mirrors, tiles, windows and clothes. Look for it on external walls, in corners, near windows, behind wardrobes, inside cupboards, on the ceiling or places where there is little movement of air. Condensation occurs mainly during winter months and does not leave a ‘tide mark’. Condensation causes damp which can then turn into mould if not removed quickly.

What does condensation and mould look like?
Condensation can lead to mould growth on walls and ceilings and may als cause damage to clothes and furniture. It can also lead to damp patches. You will see condensation as water droplets on walls, window glass, around windows and in corners of rooms. You won’t see it on clothing, furniture and on walls until the mould growth starts by which time the damage has been done.

Produce less moisture in your home:
• Cover pots and pans when cooking
• Don’t leave the kettle boiling
• Dry washing outdoors if possible
• If drying wet washing indoors put it in the bathroom with the door closed
and windows left open
• Do not dry wet clothes on the radiators
• Vent tumble driers outside
• Do not use bottled gas heaters in your home

Adequately ventilate you home to remove moisture
• Keep trickle ventilators open when someone is in the room
• Ventilate your kitchen and bathroom when in use by opening the
windows and using mechanical ventilation of you have it
• Close kitchen and bathroom doors when in use. This will help prevent
moisture reaching other rooms, especially bedrooms which are often
colder and more likely to get condensation
• Avoid putting too many things in your cupboards and wardrobes as this
stops air circulating
• Do not block off any air vents in your home
• Wipe excess condensation off windows and surfaces with a towel each
morning

Heat your home properly.
Maintaining a constant internal temperature rather than cycling the heating on and off and letting the house cool between bursts of heat will minimise the opportunity for wet air to condense out on cold surfaces as they will remain warmer for longer. When heating is used in shorter bursts it will heat the air in the house but it will not heat the bricks up. You may be spending money on drying out the wet air every morning before the house starts to warm.

Cold wet air is more expensive to heat than warmer dryer air. In the long run you will probably spend much the same on heating the house if heating is left on for longer at a lower temperature without the unpleasantness of condensation and mould growth and costly replacement costs of damage to walls, clothes and furniture. It may cost you less in heating costs than replacing mould damaged clothes and furniture.

If you have a loft space make sure that it is properly insulated with at least 250mm of mineral wool fibre of similar effective loft insulation material. If it is not fully insulated ask your landlord to top the level up.

Is it condensation?
Condensation isn’t the only cause of damp. It can also come from:
• Leaking pipes and waste overflows
• Rain seeping through the roof where tiles or slates are missing
• Overflow from blocked gutters penetrating around window frames or
leaking through cracked pipes
• Rising damp due to a defective damp-course or because there is no
damp-course
• These causes of damp often leave ‘tide marks’.

How to remove mould
A build up of condensation in your home leads to damp which then turns into mould. To remove mould:
• Wipe mould off immediately with water using a sponge or cloth
• Do not use washing up liquid
• Apply diluted bleach solution to the wall or use recommended products / mould removal available from DIY stores. (Read all instructions carefully before use and also wear rubber gloves)
• Dry clean clothes and shampoo carpets affected by mould
• DO NOT simply paint over mould. Properly clean/remove it first then use
a special fungicidal paint to help prevent it recurring
• The only lasting way of avoiding mould is to eliminate dampness!
Handy hints

Do:
• Cover pots and pans when cooking
• Dry washing outdoors if possible
• If drying clothes indoors, dry them in the bathroom with the door closed and windows opened
• Ventilate your kitchen and bathroom when in use by opening windows
• Close the kitchen and bathroom doors when in use (this will help prevent moisture, which leads to condensation)
• Use extractor fans and open windows when cooking or bathing. If the extractor fan is broken or not operating for at least 15 minutes after the light has been switched off in the shower room the ask you landlord to repair it or increase the over run time,.
• Wipe down mould immediately to prevent it from spreading using diluted bleach rather than washing up liquid
• Condensation and blocked gutters are the main causes of damp and mould. Try to reduce condensation to reduce mould.

Don’t:
Dry wet clothes on the radiator. If an Environmental Health Officer responds to a complaint of condensation in your home and you have laundry drying inside they will not be able to assist you further, Put too many clothes in wardrobes/cupboards (this stops air from circulating)

Turn of the extractor fans in your bathroom or shower room. If they are noisy then ask the landlord to repair them. If an Environmental Health Officer responds to a complaint of condensation in your home and you have turned the bathroom extractor fan off they will not be able to assist you further.
• Use washing up liquid to wipe down mould
• Paint over mould. It must be properly cleaned and painted over with special paint that can be purchased from your local DIY store

Always remember…
The only lasting way of avoiding severe mould is to eliminate dampness Condensation causes damp which will then lead to mould. An effective combination of adequate ventilation and heating is the best prevention of condensation. 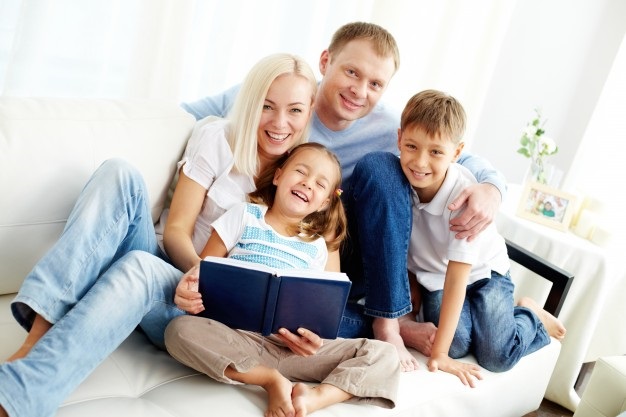 The following is a list of companies that provide gas and electricity to all boroughs across London and the Home Counties: